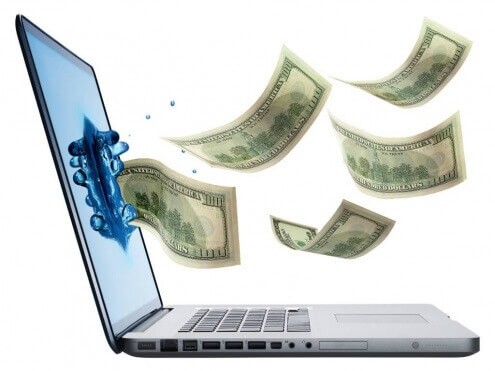 It`s not an easy task to sell dell laptops, even the creator of the company couldn`t imagine he would do such things. It has been a long way to the success in this sphere.

Below is a history of how “American dream” became true to the founder of one of the leading manufacture companies of mobile phone, laptops, computers – Michael Dell.

In Houston, Texas in 1965 a little genius Mike was born. Even at his young age he was well know as a businessman. When his young schoolmates’ interests reached only the boarders of the game, the young man was on the way to make his fortune and started to make money.

At the insistence of parents, the young man went to study at the University of Texas at Austin for a dentist. At age 19 he began to build his own computers haggling. The case was beneficial and Mike decided to found his own company, calling it a PC's Limited, having a starting capital of $ 1,000. It proved so successful that further studying lost its meaning. Michael left the university and was fully engaged in business. Thus, the founding date can be considered in 1984.

In 1987 the company changed its name to Dell Computer Corporation, under which it was until 2003. Subsequently, due to the fact that corporation produced not only computers; it adopted a new name - current Dell, Inc.

Mike`s creation stepped into history as one of the fastest growing company. When Mike was only 26 years, his company had been included in the list of Fortune 500. Very quickly he became a member of list of the richest people in the United States. At the age of 39 years, the founder left the post of chief director, but stayed in committee of directors.

Where hides the idea of success? In addition to the enterprise and perseverance of the founder, first of all, it was an unusual approach for those years - the company was selling its products in person, without resorting to the services of intermediaries. The new business model was fully justified. First of all, thanks to the absence of intermediaries, cost of computers was significantly decreased. And then, users had the opportunity to personally contact the manufacturer and report on any shortcomings found by them, or express their dissatisfaction. Thus the company could promptly recognize the shortcomings of products and eliminate them quickly. Such an approach was justified both in the West and in the East.

There are three basic principles which distinguish The Company among their competitors:

Mike`s Company offers a wide choice of configuration of desired model. The buyer can choose from a rich set of body colors.

However, despite all the dynamism of development, the history of company does not differentiate bright facts. It's hard work, successful solutions and a variety of models of computer equipment, among which there was not a very bright and interesting device. In an attempt to compete with Apple, They developed a line of stylish notebook Adamo. The device received interesting, memorable design, and in general, public meetings were pretty cool. To date, the number of employees amounts raise to tens of thousands, and billions of revenue.

Its headquarters are in Round Rock, Texas (USA).

First of all, as it was said by Steve Jobs: “Have you ever seen Dell`s fans?”. It`s difficult to see the line of buyers in front of their shops, but they still quite popular among the customers. They do not dictate the rules to the buyers, that`s why their products in top of sales.

The hard way to sell your dell laptop

Instead of following all these steps about you can use the service of online thrift shop. There are some advantages of this method:

You just need to give your device to the professionals and receive the best possible cash at once. Yes, you can do it in old way, but here are there factors which no one refunds - your time, money, nerves. Instead of analyzing market of devices, better prefer family meetings or rest time. Receive cash from the thrift shop and buy a new device which will bring you happiness and enjoy. But it’s up to you.