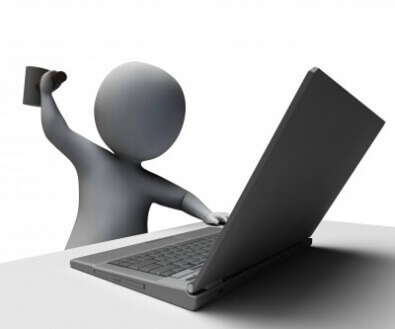 Despite the fact that in comparison with ordinary PC, laptops are sufficiently brittle, that need special care in transportation issues, the quantity of broken computers only increases with time. The main reasons of their malfunction are:

After such incidents, the question of what should I do with my broken “toy” may appear by itself?  What to do if I need to trade it?  Give them for repairing? Take it apart then sell them? Should I get rid of old garbage?

Repairing is not advisable in many cases. For example, when the hardware components are damaged, or it’s required the replacement of motherboard or any of its elements, the repair price can be more expensive than new device. Moreover, the price of the work can often exceed the price of components, especially in great cities. If you talk about guarantees, it applies only to the manufacture defects of hardware and computer, and usually valid for a year. The PC can be repaired if it is a new or expensive model when the problem is, for example, only in the hard disk or a broken screen. In other cases, for proper evaluation of the actions it`s required the consult of diagnostic service center.

So, imagine that the price of a new device is $ 1,000, you can pay $ 100-150 for the replacement of the matrix, or $ 100 to buy a new hard drive, but if your “buddy” is five years old or more, its hardware components are seriously out of date, and the real price of the device on the secondary market does not exceed $ 200, then change it screen or motherboard for $ 100-150 is unlikely to be a rational decision.

Should you sell broken laptops in one piece?

Today, the Internet is full of advertisements about buying different products which are entirely broken but they still in one piece. These types of advertisements are placed by dealers or secondhand dealers. The first type requires parts and your machine can become a donor for another one; the second type is to buy the item for their further stripping down and selling laptops into parts.

Plus of this method is that a PC can be sold quickly. Minus the device can be sold on low price. Such buyers offer no more than $ 100, and often less than $ 50 for your broken device.

Should you take laptop apart?

If you are good at computers, and you can easily strip down your device into parts without damaging, this method may fit you. Disassemble the computer into parts, place ads on the Internet and trade the device into pieces, it seems that it may be easier, but this method has a number of nuances.

The easiest place to sell a non-working computer is a big city. In small towns, it will be difficult, you can certainly find a buyer in another city, but it is time, the cost of sending mail, payment nuances.

Often people, who have brought their devices to service centers, take them to pieces then sell. Why is it? The reason is simple. Their repairing is very expensive and it`s easier to sell a broken PC rather than pay for repairs. Let`s consider several options under which clients statistically sell broken products. Instead of wasting your time to follow all these rules and precautious, why don’t you sell broken laptop to one of the online buyback stores? You will save not only your time but also money. You will have adequate price for your broken device, and use money to buy a new “toy”. There will be no need to sell your device by parts, get rid of many problems, it will be easy, as you don`t need to spend time on analyzing the market of broken devices, or complaining with customers, all these problems you give to such companies and they give you money for that, pretty simple!