I Sell My Laptop For Recycle! Laptop is a product of scientific-and-technological advance. This is, for sure, a very important element in our daily life, so we use it every day or almost every day. But what do we know about laptops except their prices and brands? Did you think how and when this device was invented? It is very interesting and useful to know about history of laptop emergence. You will be surprised to know how long time ago it happened and how the process is fast. It was not so long time as you can expect. Therefore, before proceeding to the topic, let’s talk about history a bit, so you can surprise your friends and parents with your knowledge.

After all, why did laptop come to our life?

The history of laptops emergence is very interesting. And the history was begun by a unique person, who thought differently from everybody, which ideas were crazy for others. So, the person, who wanted to invent the first laptop, was called Alan Kay. It was not so late, as you can expect – 1968 year, so only 47. The size of device had to be like A4 sheet with flat display. But for that time it was mad idea and almost impossible for realization. That’s why Alan Kay did not put his idea into life. But another inventor did it. Exactly after 11 years after – in 1979 year. William Mogridge, who worked for the corporation Grid Systems Corp, managed to gather the first laptop in the world. Now this first gadget can seem to us big and funny. Yes, it does not look like modern laptops, but for that time it was revolutionary discovery, miracle of technology, something completely new. It was called Grid Compass, which was invented especially for NASA agency.

Later Adam Osborne, American entrepreneur, who worked with computers, invented and launched the first laptop for businessmen. It already had its own self-contained power supply and internal battery, so people could take it with them on the road, they could use it everywhere: in car, train or plane. This notebook was called Osborne 1. It was a big breakthrough because for previous laptop batteries haven’t been developed, therefore it could not work autonomously. In the same year, 1981, was created another laptop and was launched by IBM. A lot of companies started to produce laptops – Toshiba, Compaq, Apple and others. Now we can see where the progress has gone. Nowadays, all the time we hear about technological innovations, including laptops. The advance is still continued!

And now…What should you do before selling your laptop?

Any computer electronics contain the important and even secret information about us, like bank accounts, passwords, personal data, which we do not want somebody else to know about. That’s why before trading it you should, first of all, make a copy of all files and information you need. If you do not have pen drive or external hard drive to save information there, you can also use different Internet storages like Google Drive. 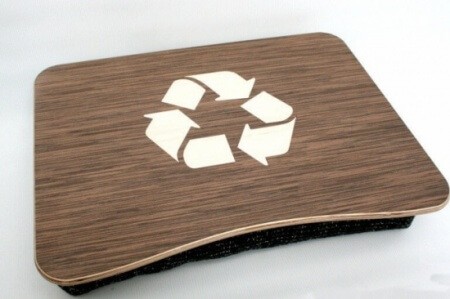 Everybody has some important programs on their gadgets, which they need for the further work on the new laptop. But you cannot transfer program with all data that it have on new item. Because of it, do not forget to save attributes of license programs: their activation keys, license serial numbers, packaging and so on. Take it into account that some programs including pre-installed versions of operation system Windows (these, which were installed on laptop before its sale), attached to laptop’s motherboard. To use such kind of programs on another device without violation of license is impossible. Also, if you format laptop’s hard drive few times, it will not allow a buyer to restore your data. And finally, you can reinstall operation system, so costumer will get work technical item. But it is not so important for you, but more important for a buyer. So, if you are gentle-hearted and care about others, you can do it. Done? So, go ahead and get some benefit from your laptop!

Recycling is extremely important in our modern life.

Nowadays, we should take care about nature and environment, because it directly impacts on our health and life. You can notice how many people, especially young, are sick. They have different problems and they appear beginning from the birth. All of us know that it is not good and not correct; it should not be in such way. Maybe you think, that you cannot help in this situation anyhow, but you can if you choose the service for trading your laptop, that provide also with it is recycling. Old Laptop Computers cause the greatest harm to the environment, therefore it is very important to be recycled, and so there was no waste from it.

What are proses of this process?

As you already understood, it is very important for our life and environment, which is around us. Who, if not we, will care about it?

So, how is the process going on?

At the end, I would like to add that companies, which do recycling of computer laptops products that they buy from you, deserve the respect of the world and very often people choose exactly them! Apart of it, you also can get cash for your laptop if willing to sell it for cash. This is the only way for me and that is how I sell my laptop for recycling and, at the same time, collect extra cash.