Many people out there ask this one question that is kind of hard to answer: Which is better, a Solid State Drive (SSD) or a Hard Drive (HDD)? Honestly, it's kind of like asking, which is better: a motorcycle or a semi-truck? Yes, those are two very different animals, but this comparison makes sense because just like a motorcycle and a semi-truck are not comparable, neither really is an SSD to an HDD. They are simply different from one another. Let's try and take a moment here and highlight the differences. You will soon learn that one of major differences will be price. You might not want to spend too much if you're picking a laptop for school. 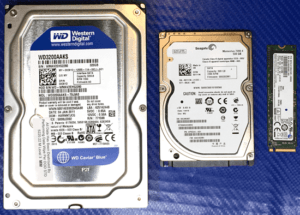 Let's begin with performance. When it comes to raw speed SSDs are straight up faster. We've seen many people comparing the sequential speed of an SSD to the sequential speed of a standard hard drive and say that they are kind of similar. However, the reality of it is, unless you copy large files back and forth all day, this specification is pretty much meaningless. It has nothing to do with the way that you will perceive the performance in the real world. Solid state drives are all about the little data transactions that happen all the time all over the place when you're something like an operating system. When you get instant messages, when a program launches and it needs little bits of data to access a ton of little files scattered on your computer, these are the times when not having to physically move a head across a disc allows an SSD to utterly destroy an HDD in terms of performance. In system responsiveness, any modern SSD will easily be several times faster than any HDD. Choosing the right storage drive is crucial for your computer performance like choosing the processor. 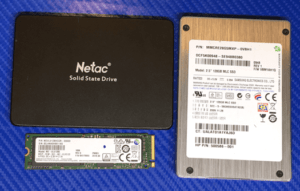 What if you have a lot of data to store? It's not like looking photos, playing back video requires blazing fast performance, so this is where hard drives still excel. At the time of this writing, a 256GB SSD or a 4TB HDD can be picked up. Yes, you saw that correctly, the HDD is 16 times larger than the SSD for the same amount of money. How crazy is that? With that type of price difference per gigabyte. You could literally build two HDD based storage boxes and have one set up as an offsite backup with the money that you saved by not using an SSD-based backup solution. For mass storage space we are a long way away from replacing the HDD. Every time you backup your files we encourage you to protect your data only using reliable sources and antivirus software. 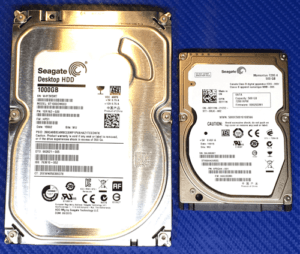 But what about reliability? This is a bit more complicated. Hard drives are pretty reliable in this day of age. However they are devices with moving parts and they will die eventually. The good news is they usually give warning signs that they are about to fail like making clicking sounds. The bad news is that any kind of use will wear them out. From SSDs, reading from them a lot won't really wear them out very much, especially if you keep them running cool. However, if you write to them on a regular basis you can kill a consumer grade model relatively quickly.

Another good idea is to use 2 drives especially when building a gaming PC. Smaller SSD will host an operating system making it quickly accessible. Standard, slower but bigger size hard drive will be ideal for storing all other files. 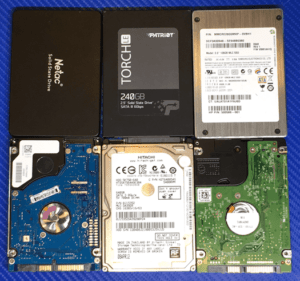 In an environment where shock is an everyday occurrence, like in a notebook or tablet, it's probably better to have an SSD. In an environment where that is not the case, then reliability is a secondary factor after performance and storage needs have been determined. This leads us to the "in between" solution. Hybrid drives. These leverage the technology of HHD and SSDs at the same time. Just like the rest of the world, hybrid technology seems to be the best options in order to combine the good in things with the better in other things.

Lastly looking at price to performance ratio remember that you can buy used or refurbished drives that cost just a fraction of new ones. Ebay sells thousands of laptop and desktop hard drives and solid state drives at greatly discounted prices.